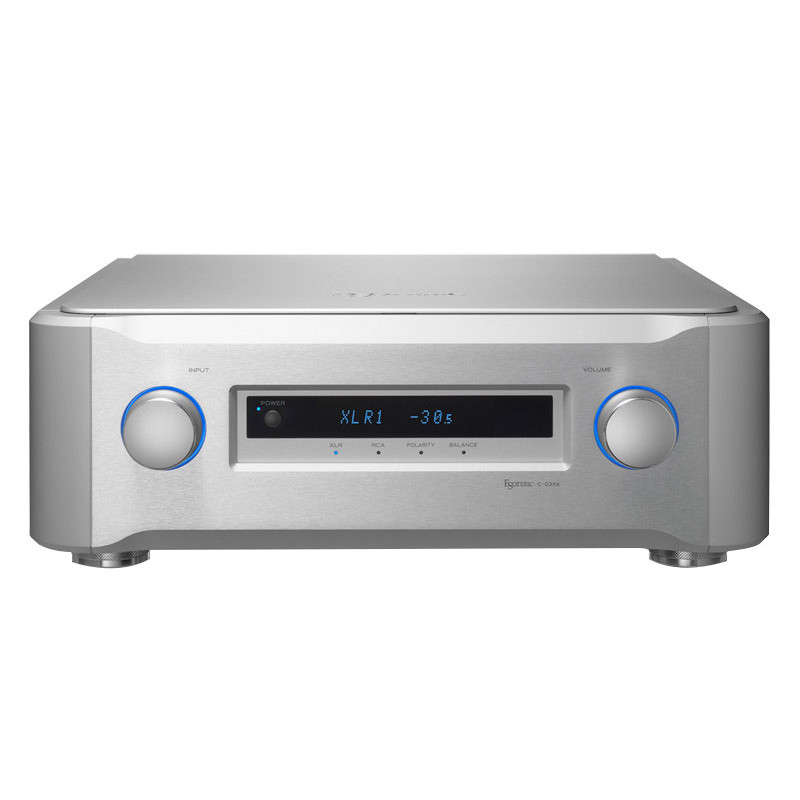 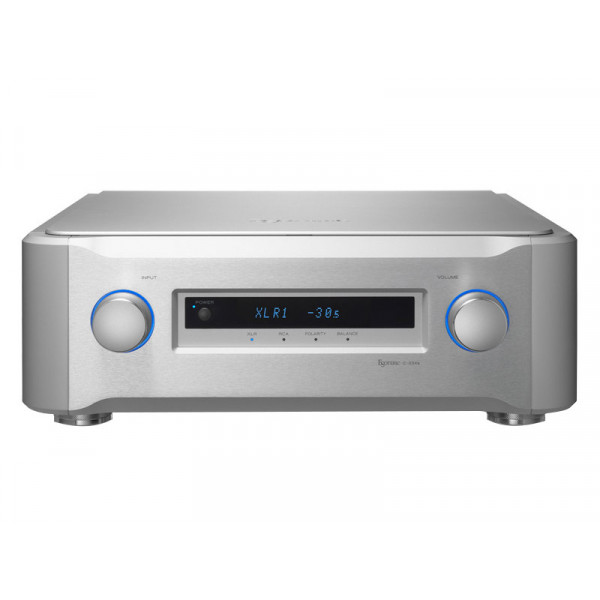 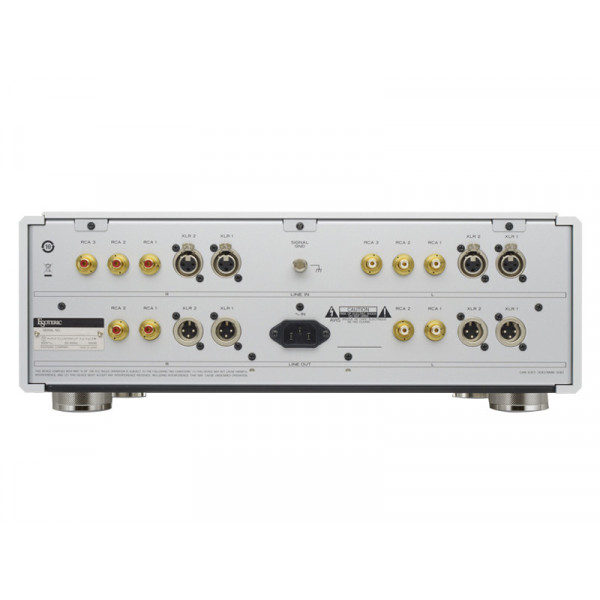 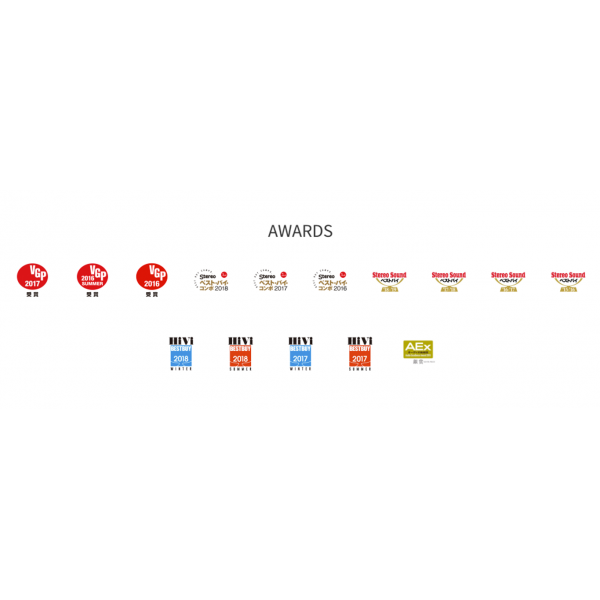 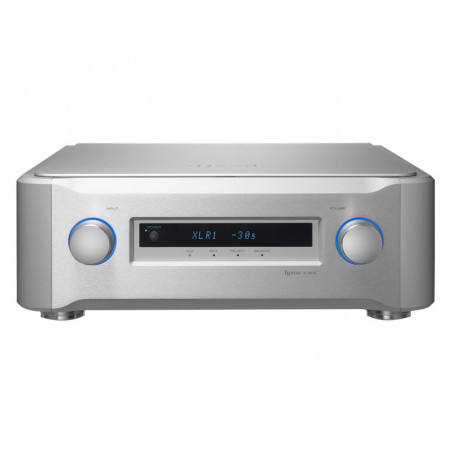 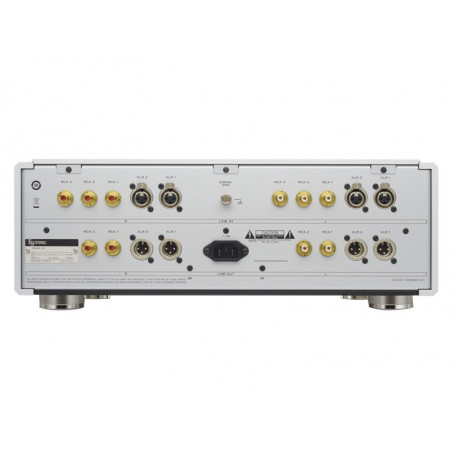 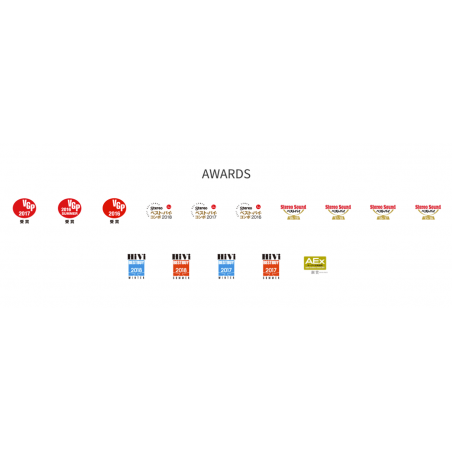 The preamplifier's source signal is first received by dedicated buffer amplifiers integrated with each input, from which the circuit configuration is balanced at each stage. Through the elimination of common-mode noise and reductions in circuit impedance, a pure, noise-free signal is fed to the gain amplifiers via the shortest path possible, for an exceptionally high signal-to-noise ratio.

The C-03Xs' Esoteric-QVCS* volume control employs four precision switched resistor ladder networks, which change in unison as the volume knob is rotated. This arrangement allows the signal paths for the left and right channels and their positive and negative phases to be kept totally independent and as short as possible. Consequently the sound has superb clarity, excellent channel separation and highly accurate phase characteristics. The elimination of audio board wiring to the volume control further contributes to a reduced signal path, while preventing degradation of sound quality and helping to maintain the low distortion one would expect of a reference model.

Built into the front panel, the logic control section is totally isolated, both physically and electronically, from the preamplifier module by way of an optocoupler. To assure low-noise operation, it also shuts completely down when not in actual operation, thus eliminating all possible influence on the C-03Xs' audio circuitry.

As a line driver, the preamplifier must be able to fully drive the power amplifiers and faithfully convey the music signal's wide dynamic range. The key to achieving this is a circuit that provides both high current drive capability and high speed. The C-03Xs' output buffer circuitry delivers an exceptionally high current drive coupled with a high slew rate of 2,000V/µs for sharp response. Independent buffer circuits for each output and symmetrical circuitry for both the hot and cold phases of the XLR outputs maximize instantaneous output current capability. Located closest to the output buffer circuitry, the EDLC* Super Capacitor array, originally developed for the Grandioso C1, was adapted as a highly stable power source. Its compact physical size belies the extraordinary 100,000µF (0.1F) capacity it provides each channel, for high levels of instantaneous output power and strong, steady bass reproduction. Integrating these two technologies, the C-03Xs preserves musical dynamics that would otherwise be lost if smaller current transmission levels were employed between the pre and power amplifiers, allowing it to reproduce a breathtaking level of audio reality.

The C-03Xs' elegant volume and input selector knobs are machined from solid blocks of aluminum. Like the Grandioso C1 and the C-02X, their control shafts use a VRDS drive mechanism bearing system for precise rotation with no mechanical play. Rotational torque has also been fine-tuned to provide a luxurious analog control feel in keeping with this high-end preamplifier.

Chassis construction plays a vital role in quality sound reproduction, and the C-03Xs is built on a 02 Series chassis that is larger and more robust than any 03 Series preamplifier's chassis till now. Its optimized design utilizes a 2-layer 5-cell configuration that houses each circuit block in its own compartment. This provides more space for the layout of components than available in previous 03 Series preamplifiers, realizing a shorter signal path that helps minimize inter-circuit interference. The chassis' 5mm-thick steel bottom plate and thick aluminum exterior panels are supported at 4 points by milled steel isolation feet, which enhance chassis rigidity while effectively suppressing resonant vibration. 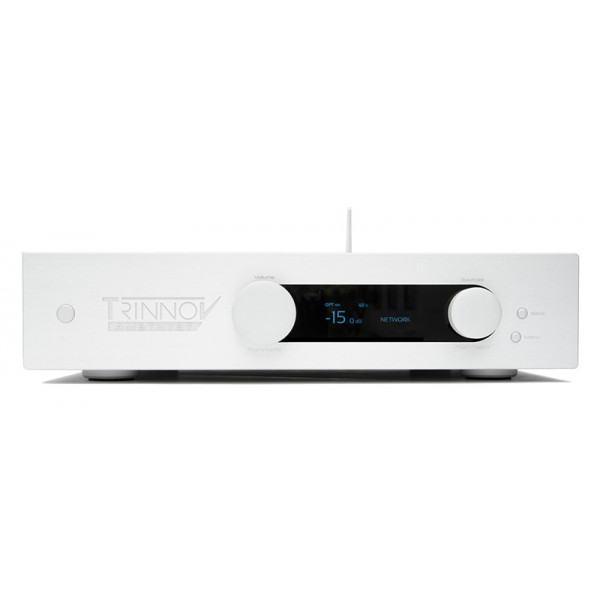 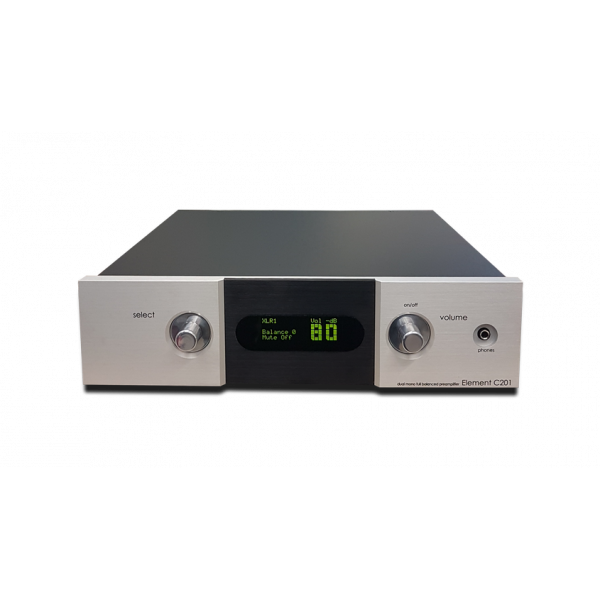 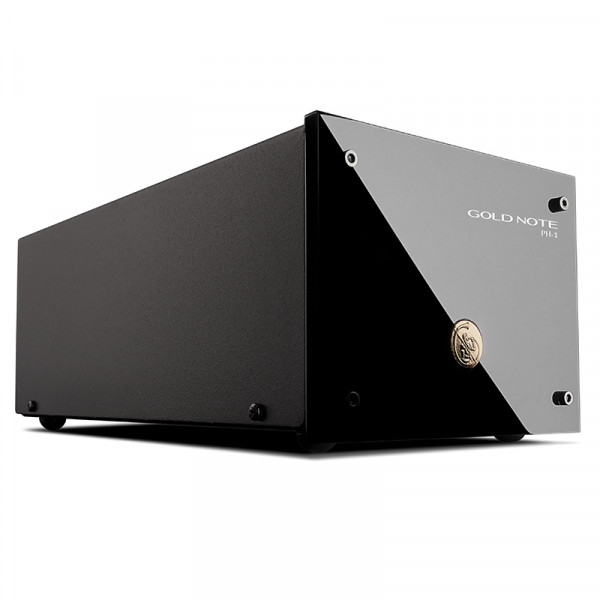 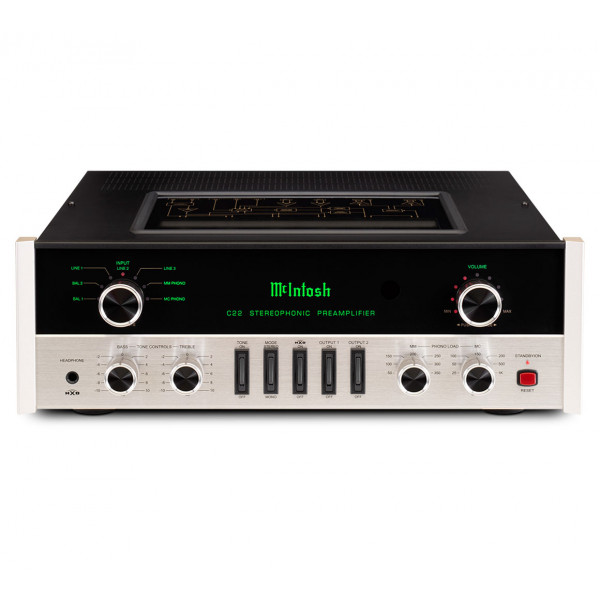 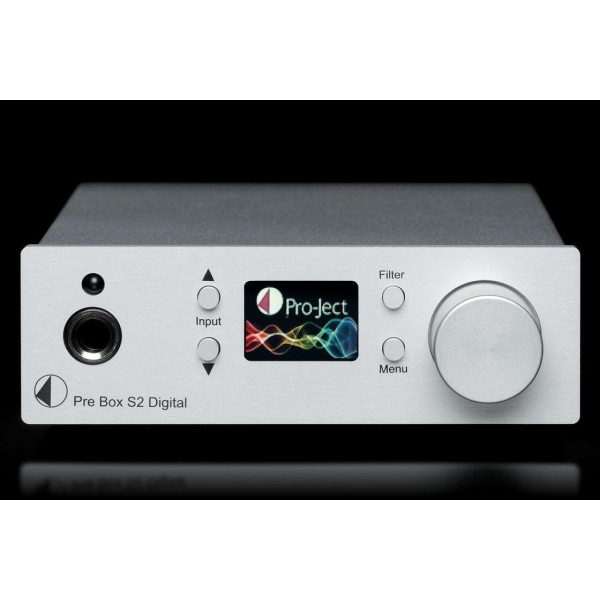 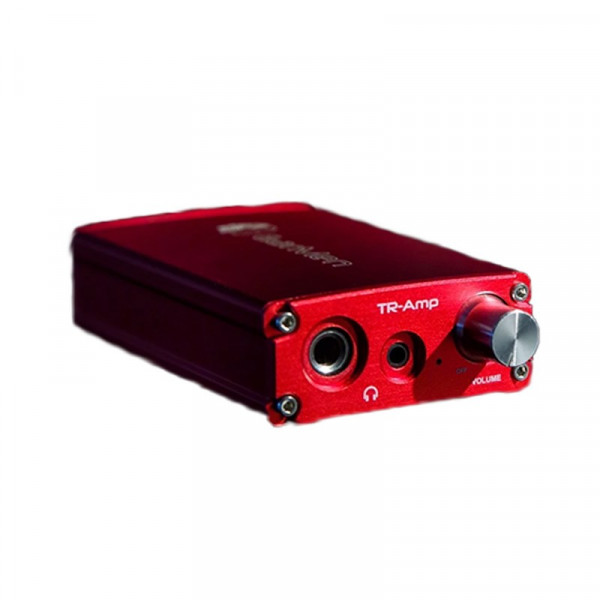 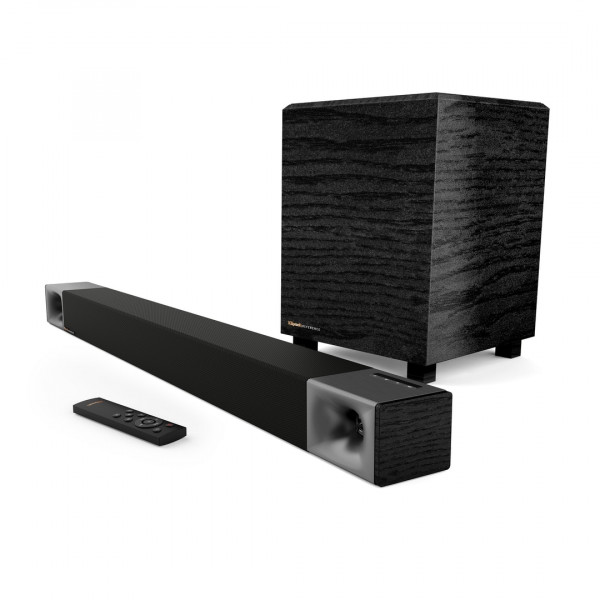 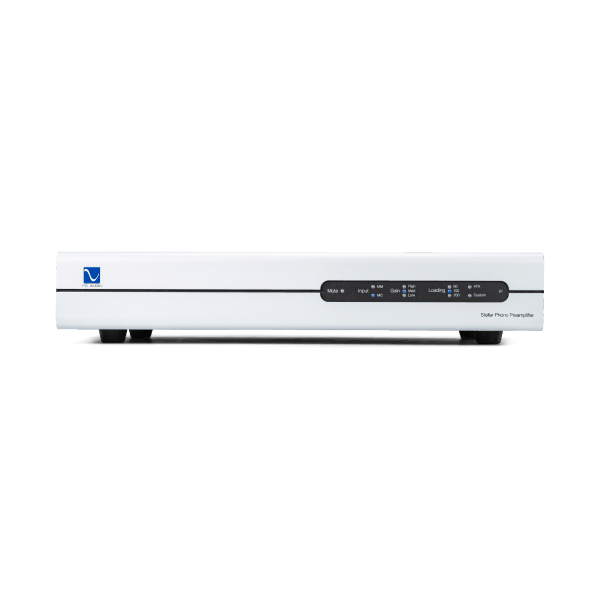 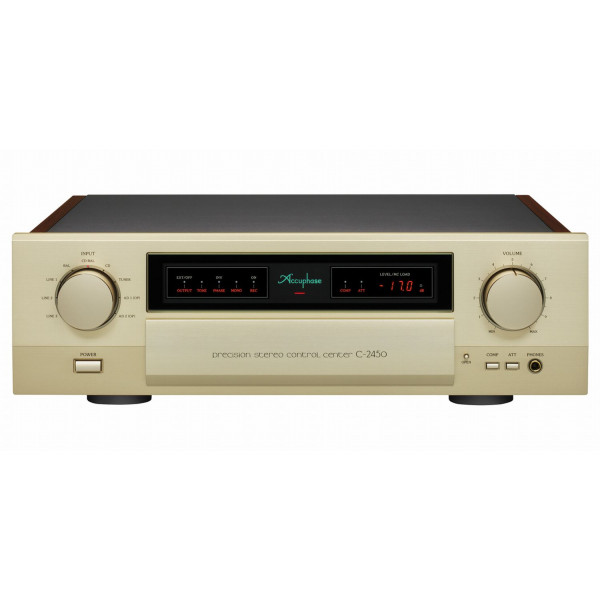 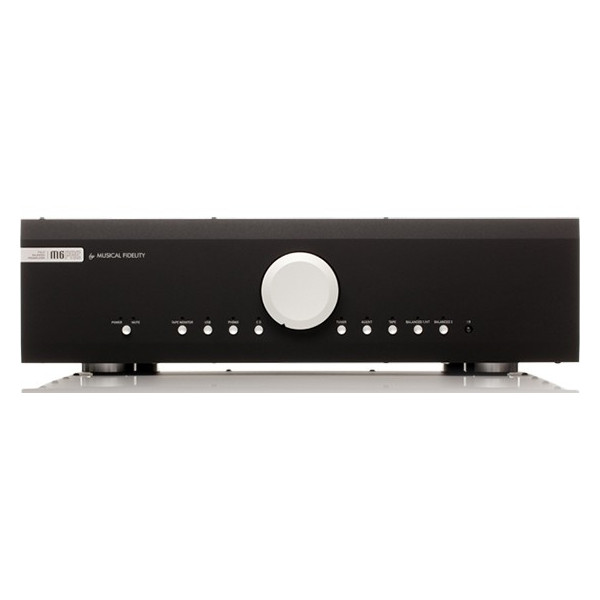 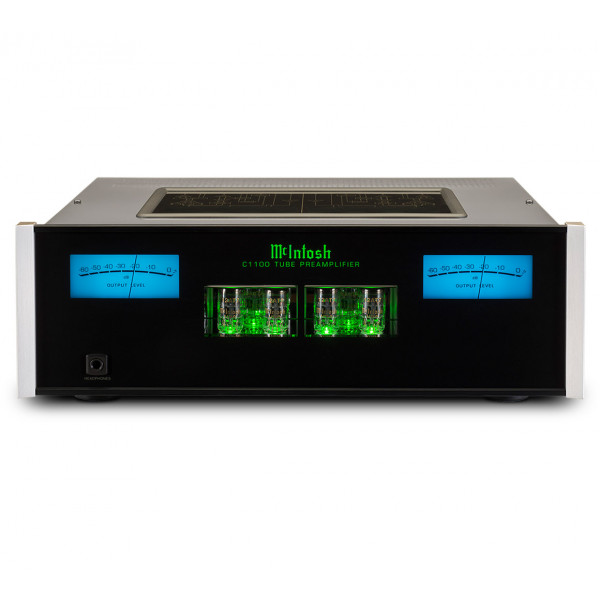 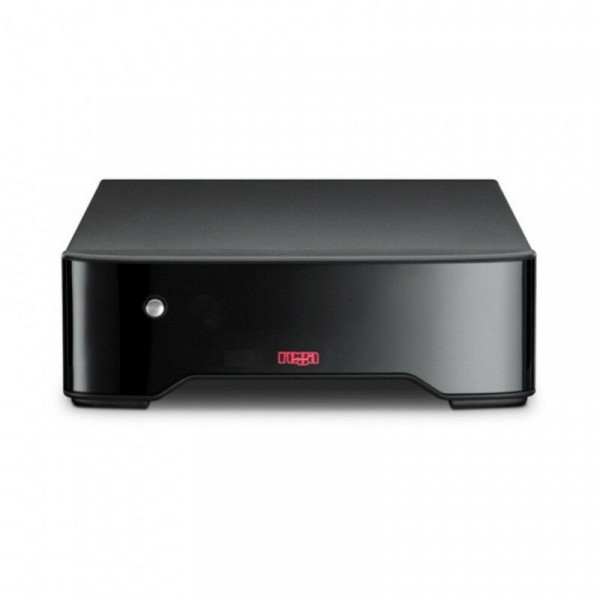 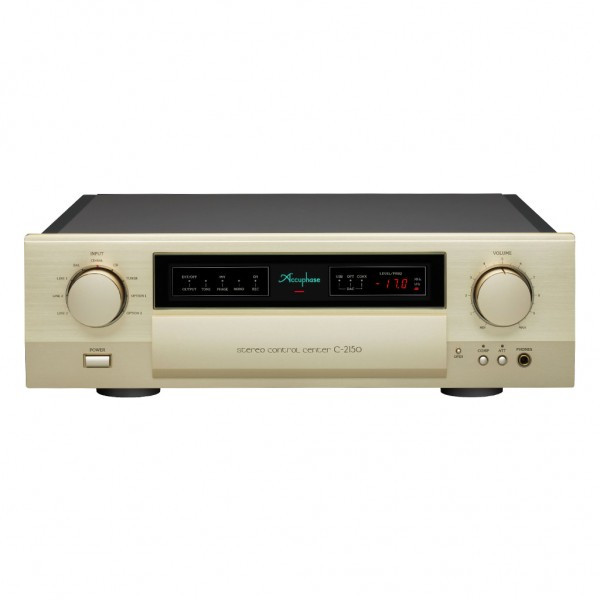 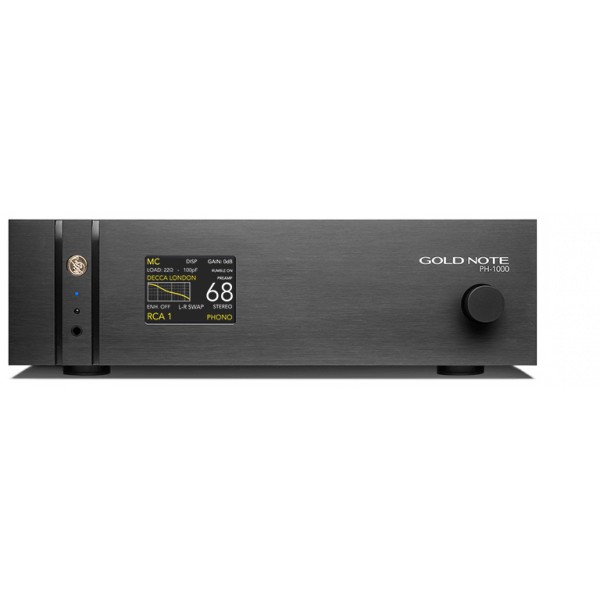